From Rise Earth (source): I was so happy to finally see a study done on the psychology of conspiracy beliefs. It goes through the importance of belief systems in the acceptance or rejection of ‘conspiracy theories.’

If you consider yourself awakened and seeking the truth – especially in government matters, people are quick to label you a crazy conspiracy theorist just so they can validate themselves.

In this study, a large group of commenters were examined on a news website, surrounding the topic of 9/11. Out of the 2174 comments collected, 1459 were coded as conspiracist and 715 as conventionalist. Right away its evident more people are thinking critically about ‘conspiracies’ rather than just disputing them. In other words, the anti-conspiracy commenters we’re pushing on their own interpretations of the situation rather than focusing on what really happened.

The conspiracists were more likely to express mistrust and made more positive and fewer negative references. 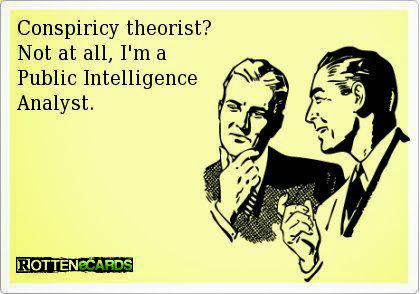 They focused more on the points of what happened, rather than putting the other people down.

The data also indicated that conspiracists were largely unwilling to apply the “conspiracy theory” label to their own beliefs.

They realized that label carries a negative social stigma and there is no need to plaster on these labels when trying to decode the truth.

The most important part of this study found that the conventionalist arguments tended to be much more hostile. This is apparent all over the internet, people who are trying to spread truth and awareness usually aren’t mean about it.

When people refute these ideas, it seems to always be much more aggressive. They want to push their conventional mentality so they don’t have to broaden their minds.

People who want you to truly open your mind to new possibilities do it in a way that isn’t forceful and demanding.

You are pushing through the barriers of existing belief systems in order to make room for broader, more accepting beliefs. People are still very afraid and want to defend the old paradigm.

If anyone has ever invalidated your attempts to uncover the truth – keep going, it’s a brave and necessary act as our world raises it’s consciousness.

Read more about the study here.