Police in Ferguson have shut down the mysterious “Oath Keepers” group guarding rooftops in the city.  According to The St. Lois Post (source):

Following a night of arson fires and bashed storefronts that hit close to home, Greg Hildebrand stood naked Tuesday, drying off from a needed shower, when he noticed somebody on the rooftop.

“I opened the window and said, ‘Hey, can I help you?’” said Hildebrand, 35, a website developer.

The man said he was security and would be up there at night with others to protect the pocket of second-story apartments and lower-level storefronts near the Ferguson Police Department. A day earlier, rioters had broken out windows below Hildebrand’s apartment in the 100 block of South Florissant Road and torched a nearby beauty supply store.

“I am in the middle of a difficult spot,” Hildebrand said. “I feel a lot better having those guys up on the roof.”

But he wasn’t clear exactly who “those guys” were or where they came from.

Puzzled and alarmed protesters have wondered, too — some accusing the mysterious guards in military fatigues of being in the Ku Klux Klan.

In fact, they are volunteers affiliated with a 35,000-member national organization called Oath Keepers. Yale Law School graduate and libertarian Stewart Rhodes said by telephone from Montana that he founded the group in 2009 to protect constitutional rights, including those of protesters confronted by what he described as overly militarized police.

Police questioned group members early in the week and allowed them to stay. But Saturday, after media inquiries, St. Louis County police officers ordered the Oath Keepers to leave the rooftops.

Threatened with arrest for operating without a license, the volunteers argued but eventually left their positions early Saturday, Rhodes said.

“We are going to go back as protesters,” Rhodes said Saturday afternoon.

Rhodes, who said he is Mexican-American, stressed that Oath Keepers is not anti-government. He said the volunteers handling rooftop security in Ferguson were current or former government employees and first responders, many who have intense military, police and EMS training.

“We thought they were going to do it right this time,” Rhodes said of government response to the grand jury decision released Monday in the Michael Brown case. “But when Monday rolled around and they didn’t park the National Guard at these businesses, that’s when we said we have got to do something. 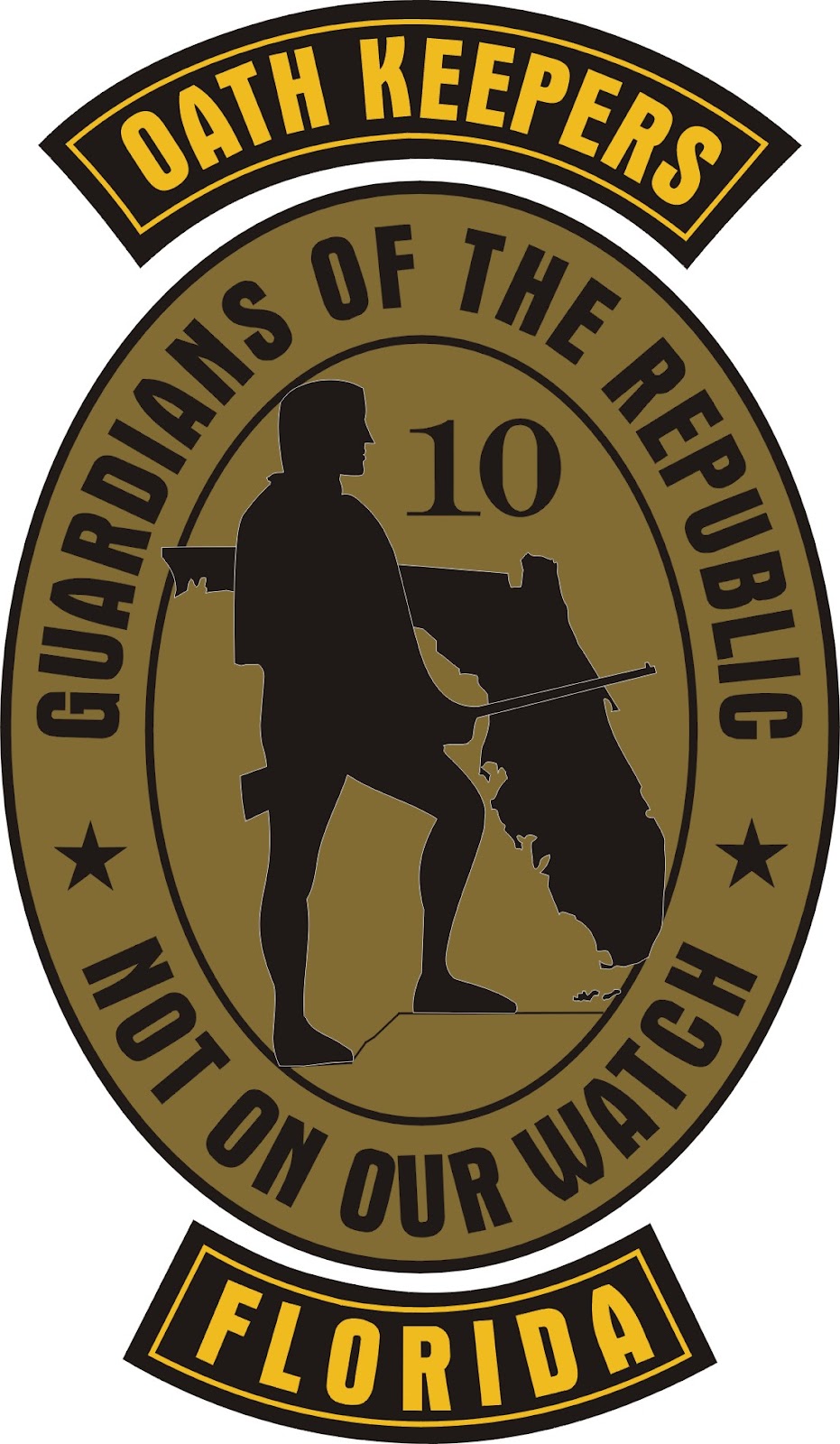 Justine Sharrock, reporting for Mother Jones magazine in 2010, wrote in an in-depth story about how the group is hard to pin down: “In the months I’ve spent getting to know the Oath Keepers, I’ve toggled between viewing them either as potentially dangerous conspiracy theorists or as crafty intellectuals with the savvy to rally politicians to their side. The answer, I came to realize, is that they cover the whole spectrum.”

In the wake of Monday’s grand jury announcement, Oath Keepers put out a national request to members to help in Ferguson. Volunteers showed up from Nebraska, Texas and Indiana. On Thursday, one volunteer had an “infidel” patch on his Kevlar vest and would say only that he came from “the north.”

They wouldn’t say how many people were part of the effort or exactly where they were placed. But they seemed to be mainly focused on a strip of South Florissant Road two blocks north of the police station that includes a Chinese restaurant, dentist office, bakery and the apartments.

“We were sick in our gut we couldn’t be here sooner,” said John Karriman of Joplin, Mo., a state leader of Oath Keepers who teaches police tactics. “We are here to volunteer our time and make sure everybody stays safe.”

Another leader, who would give only his first name, Sam, described himself as a weapons engineer from the St. Louis area who has done security contracting for the U.S. government. He said he was motivated to help after seeing a CNN story featuring extensive damage to Natalie’s Cake’s & More, which also helped generate thousands of dollars in donations for the small business.

Sam said he contacted owner Natalie Dubose and told her he was going to secure her store and others.

Oath Keepers boarded up a bunch of the storefronts and started night rotations on several rooftops. Sam said he vetted volunteers to ensure there weren’t any “racists” or “people with an ax to grind.” He said he picked volunteers who “have seen the elephant and are calm under fire.”

Fearing more arsonists, Oath Keeper volunteers kept buckets of water, fire extinguishers and other nonlethal weapons on the rooftops. Some are also armed with rifles that aren’t available at Walmart and Cabela’s.

The volunteers said they were well aware of the risk to life that arson can play and the legal right to stop it from happening.

Group volunteers say they are confident they have helped protect property and lives since they arrived.

Victor Clark, a dentist at Ferguson Dental on South Florissant Road, said he was happy to have the Oath Keepers’ free assistance. He wants to reopen his business soon. On Monday, rioters shattered the front door and window, and stole dental needles and anesthetic.

Then Oath Keepers showed up out of the blue. “We gave them our keys,” he said. “We didn’t know that much about them, but we got a feeling of trust. You have to do something to protect our building.”