A fascinating article from The International Business Times says:  Ouija board séances, marathon-watching “Long Island Medium” and reading witchcraft books may be common teenage obsessions, but for one mother this was a cause for concern — and for the Catholic Church, it may be the source of a growth industry in exorcisms.

Last week, in an advice column in the online Catholic magazine Crux, an anonymous mother asked whether her child’s occult interests could lead to “black lipstick and Satan worship” in the future.

Whoever this young girl is, she is not alone. Films like the recent blockbuster hit “Ouija,” ghost-hunting “reality” TV shows and even the Harry Potter books have made magic mainstream. While the advice columnist told the mother that her daughter’s activities are most likely harmless, Catholic exorcists see the situation differently.

“There has been a greater demand for people to call and talk to exorcists,” Father Vince Lampert, an exorcist for the Archdiocese of Indianapolis, told International Business Times. He is one of 50 Vatican-trained exorcists in the U.S. “From a faith perspective it may seem like the devil has upped his game, so to speak. I don’t think the devil has upped his game, but more people are inclined to play that game.” Lampert’s words echo throughout the exorcism world. In late October, the International Association of Exorcists held a conference on the impact of the occult and Satanism. Valter Cascioli, a spokesman for the 300-member organization, warned of an “extraordinary increase in demonic activity,” citing how Satanic groups are “constantly increasing.”

For exorcists, this means their jobs are in high demand. While Hollywood has depicted the rite as a terrifying experience, where the possessed do everything from spinning their heads around to levitating, Catholic exorcists say demonic activity comes in many forms. Besides full demonic possession (as in the film “The Exorcist”), evil can penetrate homes and exist in people in lesser forms known as “vexation” and “obsession.” Vexation usually takes place when someone has been cursed by black magic. This can manifest as physical attacks on a person. Obsession can be seen as evil spirits causing inner torment and anxiety, more of a mental than a physical attack.

“Demonic possession is a possibility. It could happen but it’s extremely rare,” said Lampert, adding that he has seen “full-blown demonic possession” in his diocese once every three to four years.

For the most part, “vexation” and “obsession” don’t necessarily call for an exorcism. Usually the exorcist can counsel the affected person. Exorcists say these kinds of relationships with evil spirits usually take place when a person has turned away from God in some way. This can include everything from not praying to getting a tarot-card reading. There’s also “infestation,” a form of demonic presence in a physical site, which involves a visit by the priest to someone’s home or place of business, discerning whether there is a demonic presence, and praying at the site to remove the evil spirit.

If a person is deemed to be demonically possessed, an exorcism takes place. The rite takes place on sacred ground, usually on church property, during the day. Lampert invites one or two family members of the person he is praying for. He also can invite fellow priests and his assistant, depending on the situation.

“No one should make eye contact [with the troubled person] except the priest himself,” Lampert said, explaining that the demon usually looks for the weakest link in the room. “People are there to pray, not out of curiosity. It’s not a spectator sport.”

On the day of an exorcism, Lampert will fast, go to confession and attend Mass. This prepares him for the spiritual work he has ahead. The exorcism itself is a set of prayers that lasts about 30 minutes. The exorcist begins with supplicating prayers — asking God to help him — followed by imperative prayers, which command the demon to leave. The priest wears a purple stole, holding a crucifix and holy water. Lampert says he has witnessed everything from people’s eyes rolling to the back of their heads to foaming at the mouth, growling and body contortions.

When Lampert was in exorcist training in Rome in 2006, he witnessed a woman levitate during an exorcism another priest was performing, he said. The priest continued to pray and pushed the woman back in her chair — almost like he was unimpressed. “It’s not about focusing on the manifestations. It’s about staying focused on the prayers of the church,” he said.

While the actual exorcism rite remains the same for Catholics worldwide, it is up to the exorcist priest to discern whether an individual needs his care. When Lampert receives a case, he requires individuals to visit a physician and psychologist. If neither can determine where the person’s symptoms are coming from, he then counsels the individual until both parties feel comfortable with an exorcism. The person does not have to be Catholic. In fact, more than half of the people Lampert counsels are not. “The goal is not to proselytize – it’s to get them the help they really need,” Lampert said. After the exorcism, he usually refers non-Catholics to a minister of their own faith. This will give them a support system to fall back onto once his work is done.

Mary Chasteen is Lampert’s assistant – or as he likes to call her, his “exorcisstant.” She fields more than 600 phone calls and emails each year from people around the world seeking his help. Halloween and full moons are her busy season. 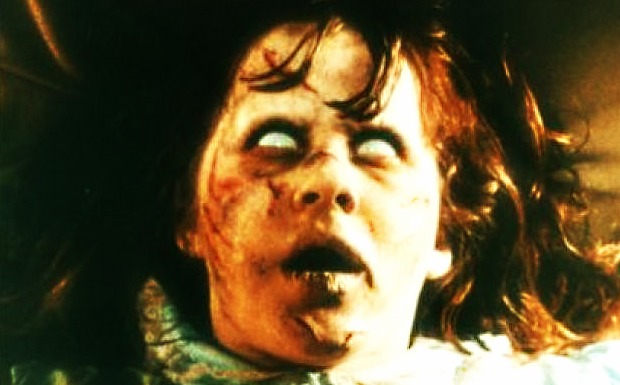 “The hardest phone calls are the mothers with schizophrenic children,” Chasteen said, describing how it’s her job to filter out which cases are legitimate ones. “Of course they’re desperate; of course they’re in pain. They hope it is demonic possession because it would be a cure.”

Father José Antonio Fortea, an exorcist from Spain, has a different approach. He does not require individuals to seek medical advice beforehand. Rather, he counsels the affected person and prays for him or her. If manifestations appear while he is praying – this can be anything from speaking in tongues to growling and swearing – Fortea takes this as a sign that the person is possessed in some capacity. If there are no outward signs, he encourages that person to seek medical help.

In some instances, there can be a “mixed case.” Fortea describes an incident where a young lady asked him for help. She would wash her hands at least 30 times a day. Fortea recognized this as a mental problem that needed therapy. However, like anyone who seeks his help, he laid his hands on her head and prayed for her.

“I saw the spirit emerge and manifest itself on this young woman,” Fortea said. He told the young woman to seek psychological help but to return to him on a weekly basis, and he would pray for her. Fortea said she has done so and has been “cured.”

While anecdotes like these make people hopeful, exorcisms are not meant to be a quick cure. They are one step in a larger process to bring a person back to their faith.

“It should not be an occasion for drama,” Chasteen said referring to the frequent Hollywood representations of the rite. “It’s a faith occasion.”